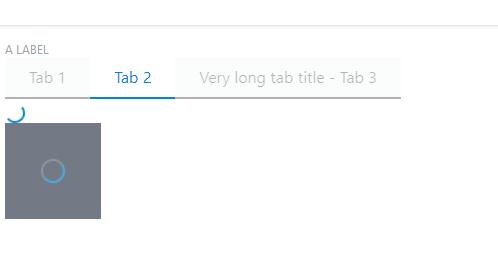 I was wondering the best way to make a reusable design system.

Choosing a frontend framework is hard since everyone has its own favorite web framework.

It's open source and you can find it at https://github.com/butopen/butopen-design-system

But in this post, I will try to explain the reasons why a pure CSS-based design system is the winning choice over web components or a specific framework.

What technology to choose when building a design system

When developing a design system that you want to reuse in many projects, the possibilities are different:

You already know the choice I made: no framework. But why?

Why choosing a specific framework is a bad idea

If you look at the frontend development market today, you will find that developers use one of the few frameworks available: react, angular, vue, and most recently svelte.

Developing a design system for each of these frameworks is very expensive and as usual, if you love them all you end up not pleasing anyone.

Why choosing a jolly framework is a bad idea

An alternative could be to use a technology like StencilJS, which allows you to export the native code for each of the above frameworks.

But unless we stop at simple buttons or links, the problem is always the same: although Stencil is a good framework, a component written by a dev has a usability degree that is ten times higher than the code generated by Stencil.

What about web components?

So why not use web components?

While it is true that you can integrate a web component into any of these frameworks, the reality is that if you need a button, you prefer to use a native one and NOT some <bo-button> ... </bo-button> after having embedded external lib.

It is difficult to convince a frontend developer to use a pure web component in another framework: Confidence? bundle size? safety?

Yes, but there are other reasons IMHO:

Should you reinvent the wheel each time?

In my company, for an Angular project, we created our own custom angular design system and used it in several projects. In another project written in svelte, a custom svelte design system.

Could we have reused the CSS part only in both of the above design systems? I think so and this is the reason for the ButOpen design system.

I believe that a design system conceived in this way can be successful if one condition is true: integrating it into your framework is a matter of minutes. And this is the intended goal of ButOpen.

These are the main reasons why I decided to develop a design system in pure CSS. Written using modern CSS techniques like Sass (scss), tailwind, and CSS3 variables.

That said, are web components bad?

I don't think so: I've seen that the main use case of web components to date is for websites / apps that need to integrate spot components that would be really complicated to implement again, like a YouTube viewer or pdf viewer. For simple buttons, the developer still prefers to be native.

This post was written after a friend of mine (Francesco Benedetto) asked me "why not using web components?". I was replying to his linkedin comment, but linkedin allows at most 100 words and I have no time to write everything above again, but in 100 words :-) If you want to comment, this is the linkedin post: https://bit.ly/3Lwk3C8

Follow this story and other open stories by ButOpen